On a crisp Tuesday not unlike today, exactly six months ago, I embarked on two simultaneous journeys. First, I started working as an honest-to-goodness teacher — a fulfilling and marvelous experience that I’m still trying to process — and second, my debut novel The 8th Continent was published.

It’s hard to overstate what a monumental deal this was for me. I had been telling stories for pleasure as long as I could talk. I finished the first draft of my first novel when I was just sixteen years old. After years of hard work and rejection, reflection and persistence, I started selling things. People started hiring me to write more. But there were still struggles. More opportunities meant more rejections, too.

In 2005, I began actively seeking the publication of a novel I wrote, which means that I’ve been chasing this dream longer than most of the readers of The 8th Continent have been alive. If even one of those readers enjoys the book, is moved by the book or surprised by it, or dare I say learned something from it, then it has all been worth it.

But I’m happy to report that there has been more than one. Late last month I had the great pleasure of meeting the sixth graders and Miami Country Day School, where I was treated as an honored guest. If there is any doubt that young people still love to read and are thrilled by good stories, well, then there’s this place in Florida you need to see.

The whirlwind has been spinning quickly. Launch parties, author events, new jobs for both me and my bestfriendspousecompanion; Some time last year I went to the bank and deposited money I earned writing stories about the Teenage Mutant Ninja Turtles, filling me with pride and a craving for a bowl of Cap’n Crunch.

And now The 8th Continent Book 2 is out! I haven’t even had time to blog about Book 1! Welcome to the Jungle has been doing great. I boldly say it is better than Book 1. The second novel picks up four seconds after the first one ends, which is just enough time for you to close the back cover of one and open the front cover of the other.

This is a nice moment for me. I just completed a new batch of quests for Block Story (eight million downloads and counting) and I’m eagerly awaiting notes on The 8th Continent Book 3. It’s better than Book 2. (Are you detecting a pattern?)

I’m starting work on a new book this week. It’s gonna knock your socks off. I still dance and wave my hands in the air when I think about how I joined the roster at the aptly named New Leaf agency. Life is going well.

And there are lots more stories to tell. 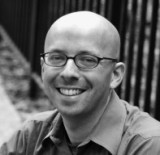 Matt London is an author and avid recycler who has published short fiction and articles about movies, TV, video games, and other nerdy stuff. Matt is a graduate of the Clarion Writers Workshop, and studied computers, cameras, rockets, and robots at New York University. When not investigating lost civilizations, Matt explores the mysterious island where he lives—Manhattan.

It has been a super busy few weeks, but I wanted to share some of the awesome that has been […]